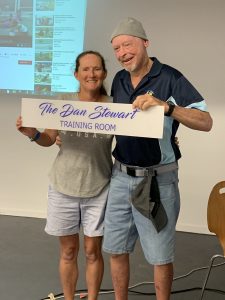 Dan epitomises what Surf Lifesaving is about. A quick snapshot… he joined in 1961, has held a bronze medallion since 1962, became a Life Member of our Club in 1999 (20yrs ago) and has served Palm Beach Qld-Slsc and Branch as an instructor, trainer, assessor and facilitator since 1964.

We could not think of a more fitting tribute to someone who has given so much to our Club.